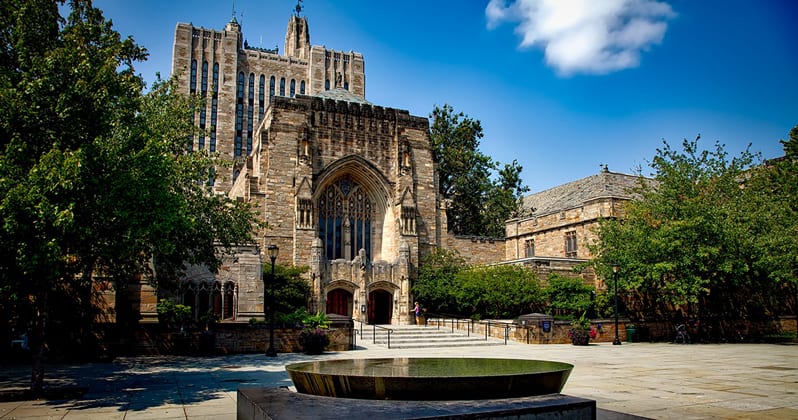 Liverpool John Moores University (LJMU) is one of the largest universities in the UK. A large city-based university dating back to 1823, LJMU has been described as an innovative modern university with a number of outstanding centers of excellence.

LJMU has 27,000 students enrolled on its own courses around the globe studying over 200 courses at undergraduate and postgraduate level. With campus sites all over the city, LJMU is best known as one of Merseyside’s greatest assets.

Liverpool John Moores University has been using the CEM AC2000 SE (Standard Edition) system for over ten years. It was first installed in 1995 and has constantly been extended and upgraded to meet the University’s growing requirements. The AC2000 SE system controls and monitors various buildings so that only those with correct authorization are permitted access to buildings, rooms and other restricted areas across the University’s Northern and Southern campuses.

With over 30,000 card holders “the system aids the provision of a safe and secure environment for all staff,students and visitors,” said Steve Shackleton, Security Manager, LJMU.

Using the CEM AC2000 Visual Imaging Pass Production System (VIPPS), LJMU has access to a full range of video imaging facilities. VIPPS allows the University to capture staff and student images,signatures and details, which are then incorporated onto professionally designed university ID passes. The VIPPS workstation is fully integrated with the AC2000 system, recording details for staff, students, visitors and contractors that have been issued with a card.System administrators can quickly retrieve staff and student records to assign access levels and time zones, ensuring administrator input is kept to a minimum.The university operates two pass production systems to cater for busy enrollment occasions.

LJMU also use a dedicated CEM Alarm Event Display(AED) workstation, which allows the University to view the current status of the entire system. For example, if a reader has been tampered with, AED will inform security staff in the form of real time graphical, audio and text-based alarms. This allows instant notification and response to all alarm or system error situations.

The AED workstation is located in a purpose built security centre known as “The Lodge”, which is staffed 24 hours a day, 365 days a year by the University security force.

In summer 2005 the university invested in a major upgrade of its system. With over 100 CEM S600 readers installed, the University wanted to progressively replace existing Watermark technology within the readers with smart card Mifare technology.To assist LJMU’s request, CEM conducted reader firmware/hardware changes uniquely making it possible for S600 readers to recognize both technologies simultaneously. With existing students able to use their old watermark cards and new enrolments able to use new smart cards, CEM provided LJMU with a cost effective solution to phase out the Watermark technology.

The university first opted for CEM’s S600 reader due to its intelligent capabilities. In the event that communication is lost, the reader continues to validate ID cards using its internal database.

Having embraced the increasing trend towards a smart card system, LJMU has adopted a “one card” identity solution for both access control and university management. Each student and member of staff is issued with a card containing registration data, course information etc.This card is also useful for administrative services such as library access privileges, cashless vending, photocopying and car parking control, thus ensuring resources are not wasted. This single card for multiple applications is ideal for LJMU. As a large site requiring a complex solution, the “one-card identity” will indeed offer financial cost savings.

The University is planning to make further use of AED’s capabilities by integrating the AC2000 SE system with fire alarms and CCTV across the campus. The ultimate goal to use AED as the main building alarm management tool.

The AC2000 SE system installed at the University has been continually upgraded throughout the years. As LJMU continues to grow steadily and enrollment figures continue to rise, so to will the CEM access control system installed. The system resilience, coupled with its flexibility offers the University endless expansion and scope.

Download the Case Study
Share On
Share
Related Items
Victoria Junior School
Johnson Controls has upgraded the fire detection cover at Victoria Junior School from an analogue to digital addressable system with its advanced MZX Technology® solution.
Wakefield Grammar School Foundation case study
Wakefield Grammar School Foundation chooses a complete Johnson Controls' surveillance package.
Collaboration improves security for a Pennsylvania school district
A school district in Pennsylvania needed a security integrator that could meet all of its security needs on a tight budget and schedule, and that is when Johnson Controls was tapped to help.
Security
From access control and intrusion solutions to digital video surveillance and cybersecurity, we integrate the latest technologies into comprehensive security solutions.
Connect With Us