George R. Oliver became chairman and CEO of Johnson Controls on Sept. 1, 2017. Previously, he served as president and chief operating officer with responsibility for the company’s operating businesses and leading the integration of Johnson Controls and Tyco following their September 2016 merger. 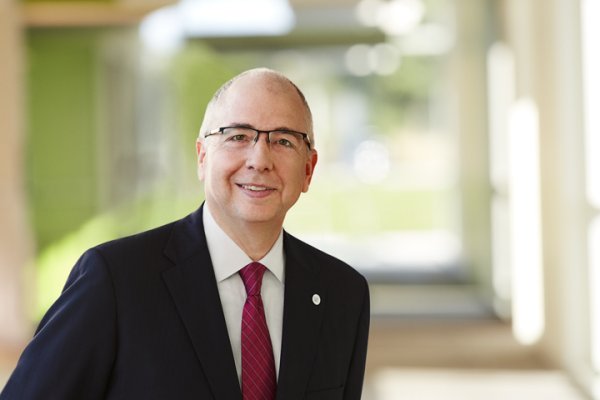 Alex Molinaroli joined the company in 1983, rising through increasing levels of responsibility for controls systems and services sales and operations. He served as Building Efficiency vice president and general manager of North America Systems and the Middle East from May 2004 until early 2007, when he was appointed president of Power Solutions.

In that role he oversaw expansion of the battery business in China; the development of advanced battery technologies to improve fuel performance and reduce greenhouse gas emissions; and the opening of the Florence, S.C., battery recycling plant, featuring cutting-edge environmental controls.

Molinaroli is a founding member of the Electrification Coalition, a nonprofit advocacy group for electrification of transportation. At Johnson Controls, he championed consistent, effective sales management on a global scale, continuing the tradition of customer focus.

Steve Roell's first job, as a grocery store produce clerk, helped him develop a work ethic and skills that he used throughout his career. Roell joined Johnson Controls in 1982 as a factory controller, directing financial support for engineering and manufacturing in the Systems and Services Division. He was elected executive vice president in 2004 and played a key role in the York International acquisition the following year, at that point the largest in the company's history. In 2007, he became Johnson Controls' ninth CEO.

During Roell's tenure, the company achieved record revenues - nearly $43 billion in fiscal 2013 - and focused on global growth, including emerging global markets. He guided the company through a worldwide economic downturn with a rededication to exceeding customers' increasing expectations. 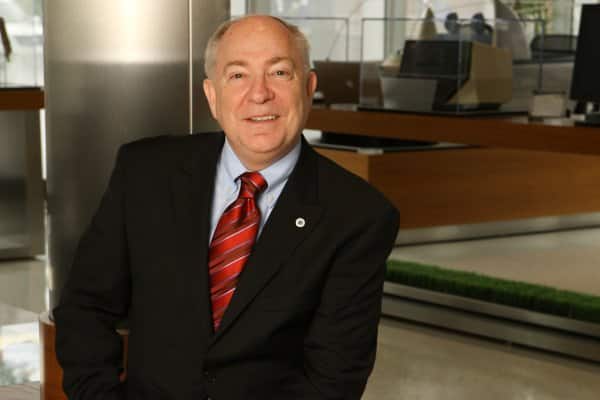 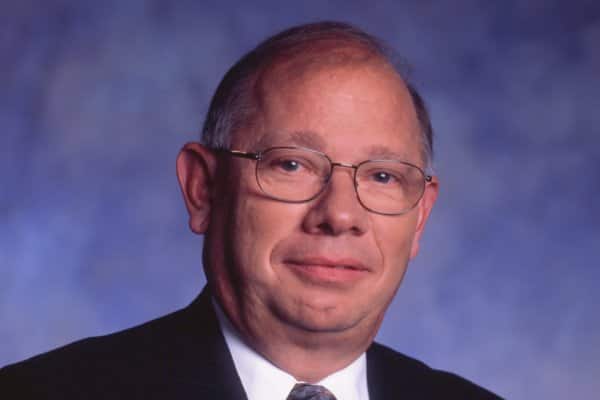 At all costs, never delegate a customer. That’s the kind of thinking that dominated John Barth’s period of leadership. The point: no matter how far you rise in the organization, you must always be available to take a customer’s call.

Barth began life as an engineer, but soon found his passion in customer relationships. He came to Johnson Controls with the Hoover Universal acquisition in 1985. At Hoover, he had run the plastics operation. At Johnson Controls, he helped build it into a multibillion-dollar business. Barth later ran the global automotive business, before becoming CEO in 2002.

As chief executive, Barth presided over the company’s York International acquisition in 2005, and Power Solutions’ advances in the area of hybrid and electric vehicles. Barth was also instrumental in Johnson Controls’ expansion into the Chinese market, where his ‘never delegate a customer’ philosophy meshed perfectly with the region’s emphasis on personal relationships.

Like predecessors Warren Johnson and Joseph Cutler, Jim Keyes started out as an educator.

On his way to getting a PhD, a mentor suggested he go into business for a few years. “You’ll be a much better teacher when you come back,” Keyes recalls the mentor saying. “Well, I never came back.” After a stop at KMPG accounting, he landed at Johnson Service Company in 1966 and stayed the rest of his career.

During Keyes’ presidency, Johnson Controls grew into a major automotive supplier. Keyes helped the Battery Group re-build after losing the Sears business, and he guided the controls business as it transitioned from analog to digital controls. Sales increased sevenfold on his watch. 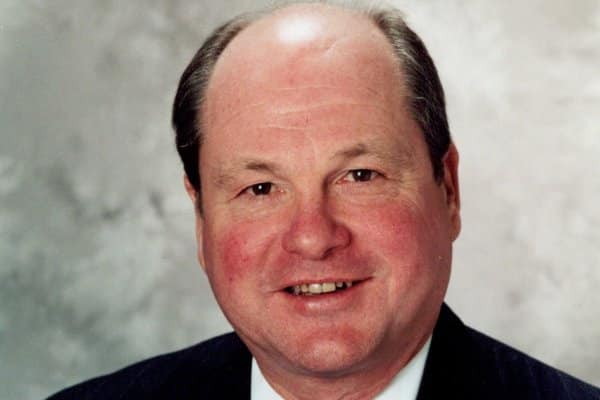 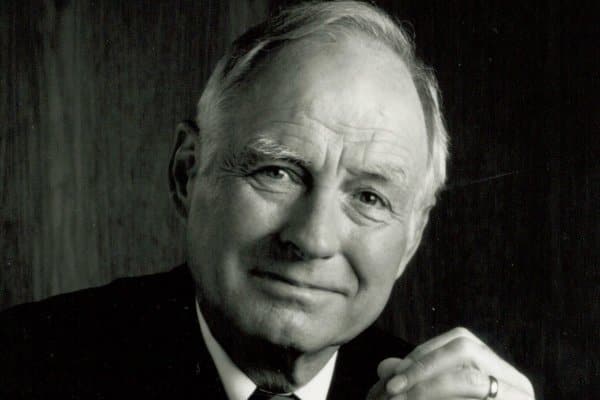 “Answer the phone as if your job depended on it.” During his years as President and CEO, Fred Brengel’s favorite expression was taped to telephones around the company. He loved sales, and called his first company job as a sales engineer “the best I ever had.”

After joining the Johnson Service Company in 1948, Brengel rose through the ranks, managing the Boston office and the New England and Midwest Regions, before becoming a vice president. He served the company for 40 years, the last 20 as Chief Executive Officer.

As CEO, Brengel pushed computerization in building controls products, and presided over acquisitions which took the company into automotive batteries and seating. Along the way, sales mushroomed from US$140 million in 1967 to $3.1 billion in 1988. Years later the company dedicated a new technology center in his name. Brengel died in 2000.

As the Johnson Service Company entered the 1960s, and celebrated its 75th anniversary, veteran employee Richard Murphy moved into the President’s chair. Although he served at the helm just six years, his record of overall service to the company was longer than any other employee before or since—an amazing 63 years.

Murphy was a teenager when hired as a timekeeper in 1918. The first President without an engineering or sales background, he spent most of his career in finance and accounting, serving as a Central District auditor in Chicago in the 1920s, and filling secretary and treasury posts in the 1930s and 1940s. After he retired, he became Chairman of the Johnson Controls Foundation. Murphy was 81 when he retired from the company board in 1981, and he died in 1989. 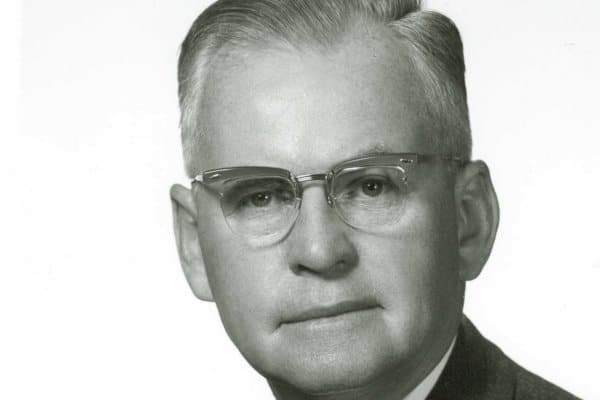 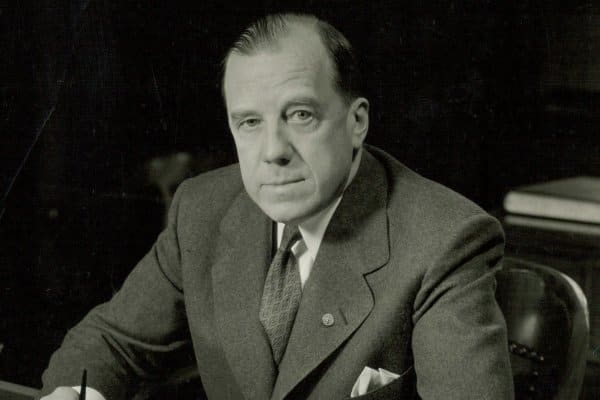 Like company founder Warren Johnson, Joseph Cutler was a college instructor, as well as an in-demand engineering consultant outside the classroom.

He joined the Johnson Service Company in 1912, working in the Kansas City and Dallas offices before World War I took him to army nitrate plants for the U.S. Army Chemical Warfare Division. Returning to civilian life, he also returned to Johnson Service Company—this time to the Chicago office, which he eventually managed.

In 1923, Cutler was named manager of the Central District and, in 1938, he became President. For 22 years, he guided Johnson Service Company through the Great Depression, World War II and the post-war years. He reorganized the sales force, adding 79 branch offices, and grew sales more than twenty-fold, from US$3 million in 1939 to $67.3 million in 1960. Cutler served on the company’s Board of Directors until 1975, the year he died.

Harry Ellis had a unique perspective on customers: he married one. Early in his career, Ellis was repeatedly called to an Indianapolis, Indiana, school, where a female teacher was complaining about the company’s humidity controls. Despite multiple visits to adjust the Humidostat, the problem persisted. Eventually he found a solution—stopping the complaints, but not the visits. He married the teacher in 1899.

Ellis had been advertising manager for a newspaper when Warren Johnson recruited him to run his Chicago office. Ellis traveled tirelessly, making friends of customers coast to coast. Elected President after Warren Johnson’s death in 1911, Ellis refocused the Johnson Service Company exclusively on temperature controls. He shortened the work week without reducing pay, improved factory efficiency, introduced a modern accounting system and reduced the cost of goods charged to sales offices by 20 percent. Ellis died in 1949. 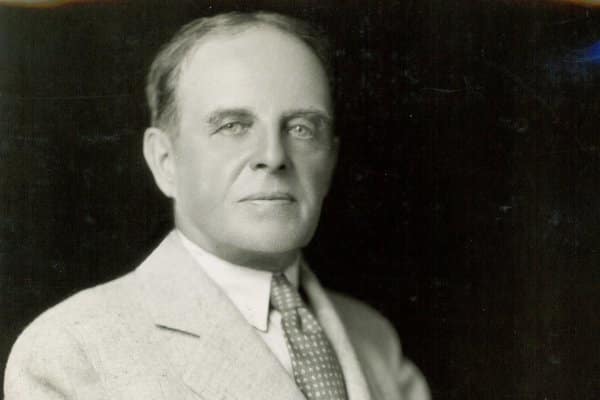 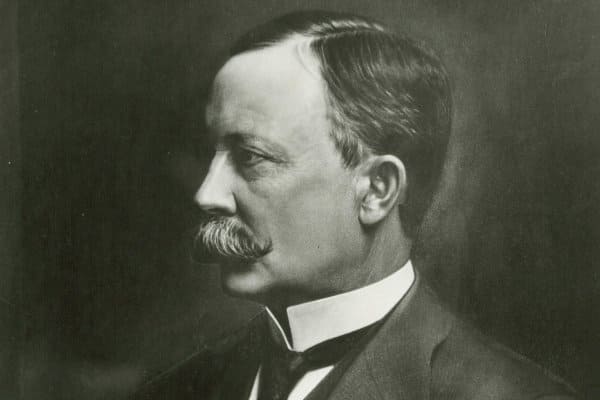 Warren Johnson was the quintessential inventor and entrepreneur. He created huge pneumatic tower clocks. He experimented with electric storage batteries and started a wireless telegraph business. He developed steam-powered vehicles, from luxury touring cars to the first postal service trucks.

But it is Johnson’s system of temperature regulation, invented while he was a college professor in Whitewater, Wisconsin, that is his legacy. Johnson installed his electric tele-thermoscope in classrooms to keep students more comfortable—and end hourly interruptions from the janitor checking the rooms’ temperature.

Of the more than 50 patents Johnson received, most were devices aimed at harnessing the sustainable power derived from air, steam or fluid pressure. Johnson, who ran the company for 26 years, was focused on innovation, committed to continuous improvements in quality, service and productivity, and dedicated to delivering on promises to customers—the same principles that have guided Johnson Controls through its first 130 years.

Contrary to popular belief, Warren Johnson was not the company’s first President. It was William Plankinton, a venture capitalist who financed him.

In 1885, Plankinton invested US$150,000 in the Johnson Electric Service Company, a considerable sum at the time. In return he received joint ownership of the company’s present and future patents, 1,499 shares and the title of President. The investor made sure Johnson Electric Service Company products were installed in the homes and businesses of his wealthy friends, the Milwaukee Public Library and Milwaukee City Hall.

Johnson Controls is not the only brand that owes its start to the Plankinton family. Plankinton family money, which originally came from the meat business, also helped to launch Armour-Eckridge Meats and The Dial Corporation. 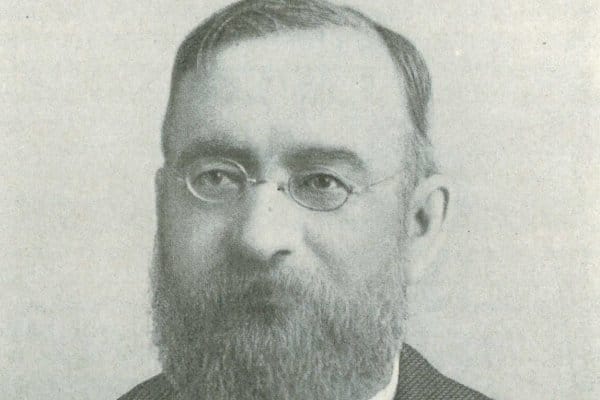