The 2016 Energy Efficiency Indicator (EEI) Survey queried executive decision makers about the varying importance of energy efficiency technologies, practices and strategies implemented, the investments they have made, their plans for doing so in the future and the challenges, if any, they have encountered to continuing and/or increasing these efforts.

The demand for projects that promote and improve renewable energy projects have generally increased over the last ten years. This includes not just energy efficiency but urban efficiency, that is, a combination of more smart buildings, smart energy systems, and smart infrastructures.

These large buildings are much more likely to have implemented or have plans to implement smart building practices—for example, 72% of large facilities had installed a Building Management System compared to 35% of small facilities over the last 24 months.

There has been a willingness to pay a premium for space in certified green buildings (50% versus 33%) and 85% of respondents across the regions surveyed indicated that their organizations are paying considerably more attention to energy efficiency now than 12 months ago versus 68% who said so in 2013.

On a global basis, 72% of respondents said that their investment in energy efficiency and renewable energy will increase over the next 12 months versus just 42% in 2013. 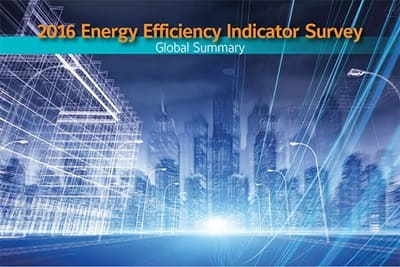