A day in the life of a Johnson Controls project manager: Farrell Boser 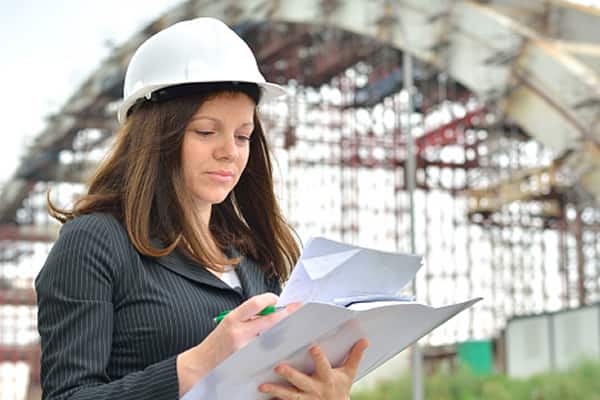 Farrell Boser recalls one of her earliest childhood memories as painting the house with her dad at just 6 years old. Her dad’s job in construction exposed her to a trade profession and led to her admiration of his craftmanship and handiwork. She recalls that when they worked on projects, he was careful to show her how to do things rather than tell her, which helped build her skillset. This ultimately inspired her to pursue a career in the technical field.

In her role, Farrell manages every aspect of customer projects from the oversight of various stakeholders to ensure the execution and delivery of assigned projects to timeline and budget supervision, engineering requirements and installation coordination. Her success is built on her dedication and vast industry knowledge, however she recognizes that women face more challenges in technical industries compared to male counterparts. Farrell notes that as a woman, “You have to be better at your job than the person next to you.”

Johnson Controls has demonstrated its commitment to workforce development by launching several initiatives to increase the representation, development and inclusion of women in STEM roles within the company and industry.

While there is increased awareness about the underrepresentation of women in technical industries, much more needs to be done. In Farrell’s case, she’s working toward making sure the next generation of women, including her daughter, don’t face the same difficulty pursuing their dream career regardless of the industry. There’s opportunity to encourage limitless possibilities for women starting in elementary school and reinforcing this conversation throughout their education. Introducing jobs and skills in trade and technology will showcase the diverse range of opportunities available.

At Johnson Controls, Farrell mentors other women in an effort to support the growth of strong females in the workplace. Most recently, in conjunction with International Women’s Day, Farrell spoke to her local branch about the importance of work-life balance and prioritizing personal wellness, a lesson she learned following a serious car accident that left her with a group-1 concussion. Women often have a hard time finding a balance between work and personal life, but achieving balance is critical to overall health and business success.

At a company level, Johnson Controls has demonstrated its commitment to workforce development by launching several initiatives to increase the representation, development and inclusion of women in STEM roles within the company and industry. These initiatives, coupled with the demonstrated success of leaders such as Farrell, aim to drive change to foster a more diverse workforce of the future.